Education, Motivation, Tip of the Week

For seven years, or so, I spent evenings and Saturdays behind one of these: 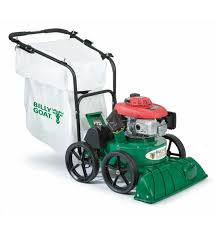 This outdoor leaf vacuum was part of one of the odd jobs I took.  I took on many odd jobs to rescue my family from financial ruin.

You see, for years, I had a bad financial habit.  I taught in a private school.

Did you write “financial ruin”?  If you did, you get an A.

My family was sunk financially.  Someone had to do something.  That someone was me.

In order to rescue my wife and children, I delivered pizzas, cleaned pools, tutored, worked in construction, painted, and pushed that leaf vacuum around the condominium community we lived in.

I would take on almost any odd job.  I had only one rule.  I worked alone.  If I could not work alone, I would not take the job.

The reason was simple.  If I worked alone, I could educate myself with audio books.

During those long, lean years, I educated myself in Roman history, Latin, Spanish, French, and personal finance.

Sometime in 2011, I discovered The Pledge by Michael Masterson.  With an iTunes gift card from one of my students, I downloaded the audio version of the book, put on ear protection, went outside and started the leaf vacuum.

A few days later, I finished the book.  Immediately, I listened to it again.  And, again.  In fact, for years, I listened to the book at the beginning of every month.

For a while, my confidence was so low that I thought I was the only one in America who didn’t know the secrets to financial freedom.  So, I read this book over and over again.  I wanted to catch up with everyone else.  I wanted to rescue my family.

Little by little, I took action.  I followed the steps in the book.  I did not care if the actions were uncomfortable.  I determined to do what I was told.  The ideas in the book worked.

About a month ago, while sitting in a cafe on a Greek island, I sent the author a thank-you note.

In fact, it was from The Pledge that I first got the idea to move my family overseas in the first place.  I wanted to see if I could imitate the “working vacation” Michael Masterson took with his family.

This book is full of good, common sense advice about survival in the modern world.

As I said, I thought I was the only financial ignoramus out there. Turns out, I wasn’t alone.  I just finished reading this sad article by another self-named financial ignoramus:  http://www.theatlantic.com/magazine/archive/2016/05/my-secret-shame/476415/

According to Mr. Gabler, financial strain is the #1 stressor in America.  If he is right, the chances are high that you are stressed-out financially.  I know the turmoil that comes with financial strain.  I know the awful choices you have to make.  If you are in that position right now, you may find help in The Pledge.

A few warnings. There is material in The Pledge that I do not agree with.  There are a few action steps I ignored.  There are also adult themes in the book (gracefully handled, in my opinion, but adult themes, nonetheless).  But, there is much here that rescued my family from financial strain.  Perhaps it will help your family, too.  It is worth your time.

It is worth my time as well.  As soon as I get back to the United States, I am going to read The Pledge again.